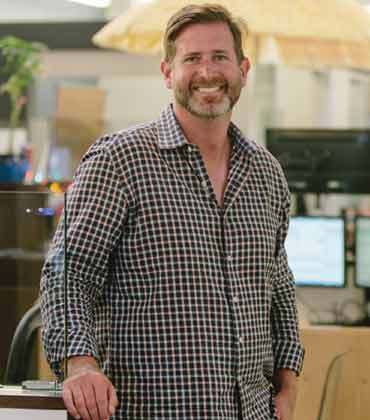 OSI Global IT: One-Stop-Shop for all Networking Needs

These wise words by James Cash Penney, an American businessman and philanthropist, deeply resonate with every entrepreneur with a firm conviction to take their venture to newer heights. The story of Christian Saunders, President of OSI Global IT, follows a similar trial.

About 14 years ago, Saunders joined forces with Joey Leonard and Jordan Quivey to lay the foundation of OSI Global IT a leading provider of new and pre owned networking, optics, server, and storage hardware from major OEMs (Cisco, Juniper, and more). It was their keen, pulsating desire that pushed the trio to start something great from the experience they gained by working in their previous company, selling pre owned Cisco Systems. In a bid to grow its business, the OSI team often attended various trade shows and gave away optical transceivers as part of their marketing initiative. With this, the company could identify which Cisco device the transceiver was plugged into, and consequently, sell more of those, thereby generating increased revenue and expanding its client base. Moving forward, OSI heavily invested in fiber technology, onboarding fiber optic engineers to conduct all coding, quality control, in-house testing, and also test and certify OSI optical transceivers with real-time coding equipment in client environment. “Having begun our journey selling only pre owned networking equipment, we have grown tremendously over the years. Today, optics is about 50 percent of our overall business. Our growth is rooted in the fact that we are focused not just on profitability but doing the right thing for our customers and employees,” says Saunders. It is the direction and zeal of an incredible team that has shaped OSI into what it is today.

OSI delivers network equipment and fiber optical transceivers to a wide range of customers, including broadband providers, major airlines, healthcare providers, biotech and pharmaceutical companies, and entertainment companies, to name a few. As such, every company relying on the internet is a potential customer of OSI. “OSI is a company that cares. Everyone here at OSI is willing to go above and beyond to take care of the customers and each other,” notes Saunders.

Unlike the highly expensive and inflexible optics provided by OEMs, OSI provides optics that are 80 percent cheaper. Moreover, if customers use OEM optics that are originally coded for Cisco or Arista, they can use OSI’s technology (coding box) to change the platform, update the code, and perform any task that OEM optics are not designed for. While leading OEMS such as Cisco Systems and Juniper Networks force their customers into a mandatory three to five year lifecycle refresh, OSI provides superior support and replacement products, allowing customers to extend their equipment’s lifecycle and reduce the capital budget.

All of OSI’s solutions pre owned, surplus, and new in box hardware components come with a true lifetime warranty. The company provides customer support over the whole IT stack.

OSI has also created its multi vendor support product Systain: OSI third party maintenance to extend the lifecycle of the equipment.Through its Systain solution, OSI delivers consistent, high-quality service and drives OPEX savings on OEM support contracts. “Whatever the need be, we can come in and provide all the alternatives and winning strategies. 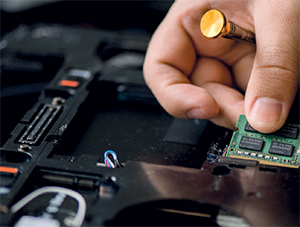 Unlike selling products online without human interaction, OSI consults with customers to better understand their requirements around configuration, design, and dynamics. Backed by a team of optical engineers and Cisco Certified Internetwork Experts (CCIEs) with extensive industry expertise, the company provides customers with additional resources, advice, and guidance. The company gains a clear idea of customers’ optics division, devices they have plugged into, and the overall IT stack. What sets OSI apart from its competitors is its keen focus on establishing long term relationships with clients rather than making a single sale. It is the breadth of knowledge across different platforms, effective communication, and willingness to go the extra mile that makes OSI highly sought after in the market. To further expound on this, Saunders recalls an instance where OSI helped one of its customers in Australia. The client was facing a number of problems in setting up the fiber optics circuit as OSI’s optics were not recognized in the routers they were using. This happened on Thanksgiving, and the client encountered a major downtime. At this juncture, one of the optical engineers at OSI flew to Australia with the coding equipment and fixed the problem in no time. 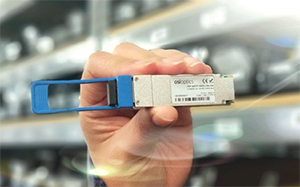 Steering ahead, OSI is laying a strong emphasis on growing its Systain division. The company has made significant investments in this regard and intends to expand its top-notch IT support and optics team. Besides, OSI is also providing flexible, cost-effective solutions for 400G while focusing on organic growth. The company will continue to build long-lasting relationships with customers and strengthen the existing ones. “Customers come to us because nobody else in the industry can meet their needs. We will continue listening to our customers and doing the right thing, finding new opportunities for growth and taking the company forward,” notes Saunders.

Thank you for Subscribing to Telecom Business Review Weekly Brief

However, if you would like to share the information in this article, you may use the link below: